Because you are born on the date of June 20th, it means you are born to play the 10 of Clubs with an 8 of Diamonds personality.

The 8 of Diamonds is the secondary pattern of your life. It reflects your outward personality and may rule your behavior. 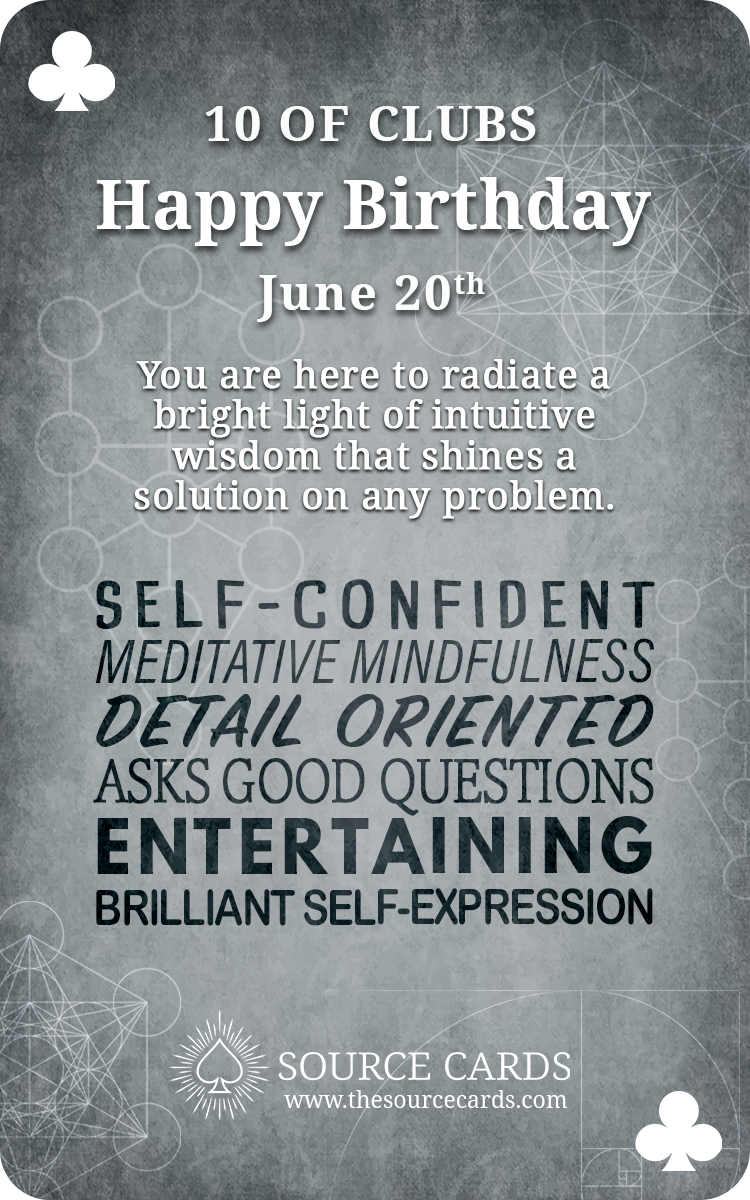 All of these people share your cards to play. Like you, they were born to play the 10 of Clubs overlaid with an 8 of Diamonds personality.

Polish King who ruled at the height of Polish power from 1587 - 1632 and was for a time also able to claim the throne of Sweden; he successfully invaded Russia and briefly held Moscow; he also fought the Ottoman Empire; the result of his ambitions, however, was the substantial loss of territory and decline of Poland's power; he was known as a pious, yet erratic ruler who tried to hold absolute power in all his dominions

Australian-born actor during Hollywood's Golden Age; he frequently stirred controversy with his womanizing and hedonistic lifestyle; the popular expression "in like Flynn" is said to have been coined to refer to the supreme ease with which he reputedly seduced women; he had various two-way mirrors, trap doors, and hiding places constructed inside his mansion so he could spy on his guests and many of the bathrooms were constructed with hidden peep holes

Co-founder of the rock band "The Beach Boys" whose innovations changed the way music was produced and recorded; he also co-wrote more than two dozen top 40 hits for his band; he suffered a nervous breakdown and could not continue writing and producing music; he is credited with shifting the balance of musical power and shifting the industry from New York to California

Singer-songwriter who is one of the best-selling artists of all time; now a TV personality

American actor who struggled with alcoholism and cocaine abuse for nearly 30 years; he has said he was lucky he was never fired from an acting gig; sober since 2007, he now tries to attend an AA meeting every morning

Mexican-American film director who not only produces, directs and writes his films, he also frequently serves as editor, director of photography, camera operator, composer, production designer, visual effects supervisor and sound editor; and because he is known to do everything for his films, he has earned the nickname of "the one-man film crew"