The Jack of Clubs is the primary pattern of your life. It is like your Avatar. It's your entrance token to the game of your life.

The Jack of Clubs is also the secondary pattern of your life. It reflects your outward personality and may rule your behavior. 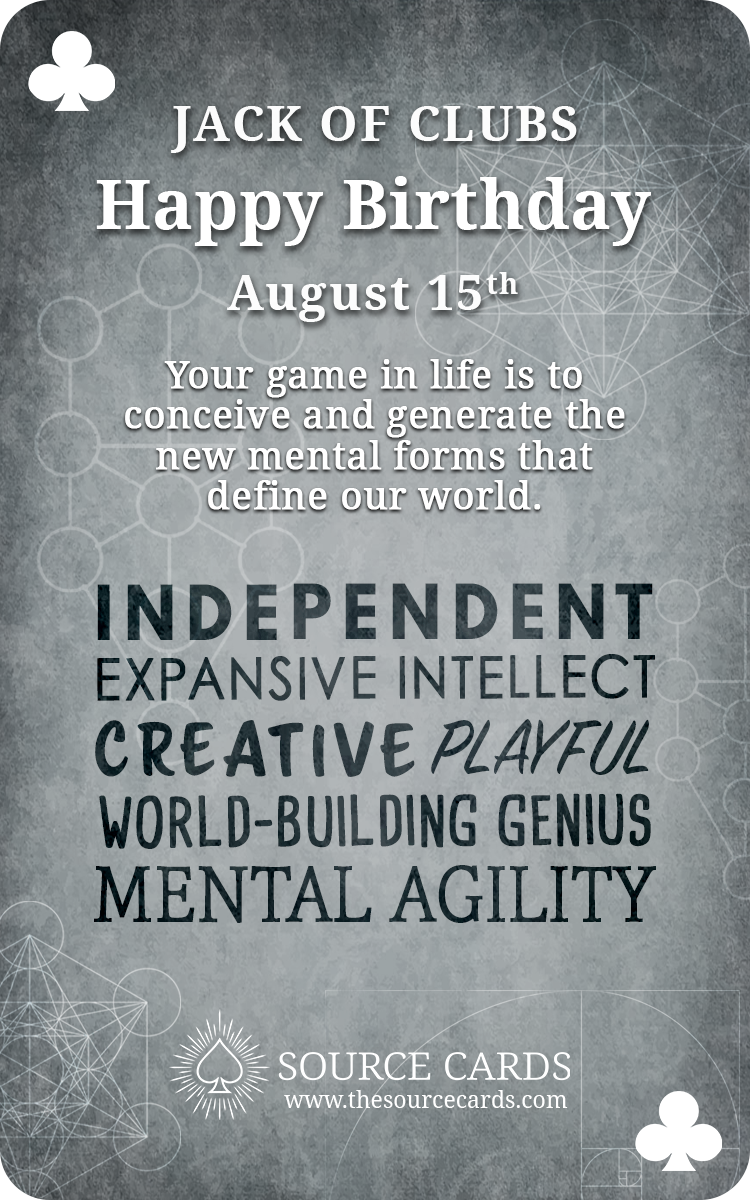 All of these people share your cards to play. Like you, they were born to play the Jack of Clubs overlaid with a Jack of Clubs personality.

Pre-Eminent British road builder during the industrial revolution who was better known as Blind Jack; he was blind since the age of 6, but still lived an eventful life; he built his reputation building roads that others thought impossible; he mastered his trade with his own method of calculating costs and materials, which he could never explain to others

French military general who declared himself emperor in 1804; he is one of the most influential, celebrated, and controversial figures in Western history; he is regarded as one of the greatest military commanders in history -- his wars and campaigns are studied at military schools worldwide; his stunning victories led to a vast French empire and he dominated European affairs for more than a decade; in his wake, he left the ideas that underpin our modern world—meritocracy, equality before the law, property rights, religious toleration, modern secular education, rational and efficient local administration, an end to rural banditry, the encouragement of science and the arts, and the codification of the law; he is also famously known for his delusions of grandeur, his "Napoleonic complex," and for the fact that he had to win at everything, which meant he would cheat to win card games

Japanese father of a form of spiritual practice known as Reiki used as an alternative therapy for the treatment of physical, emotional, and mental diseases.

Conservative thinker and activist who opposed modern feminism and successfully campaigned against the ratification of the Equal Rights Amendment (ERA) in 1977; she argued that asserting equality for women would take away the privileges that women enjoy like not having to serve in the military; she wrote a self-published manuscript that sold more than 3 million copies; she also founded the Eagle Forum, a conservative political interest group, and remained its chairwoman and CEO until her death

Swedish author of crime novels; his best-known were made into films including The Girl With The Dragon Tattoo

Philanthropist and co-chair of the Bill & Melinda Gates Foundation