Because you are born on the date of August 28th, it means you are born to play the Jack of Hearts with a 9 of Clubs personality.

The Jack of Hearts is the primary pattern of your life. It is like your Avatar. It's your entrance token to the game of your life.

The 9 of Clubs is the secondary pattern of your life. It reflects your outward personality and may rule your behavior. 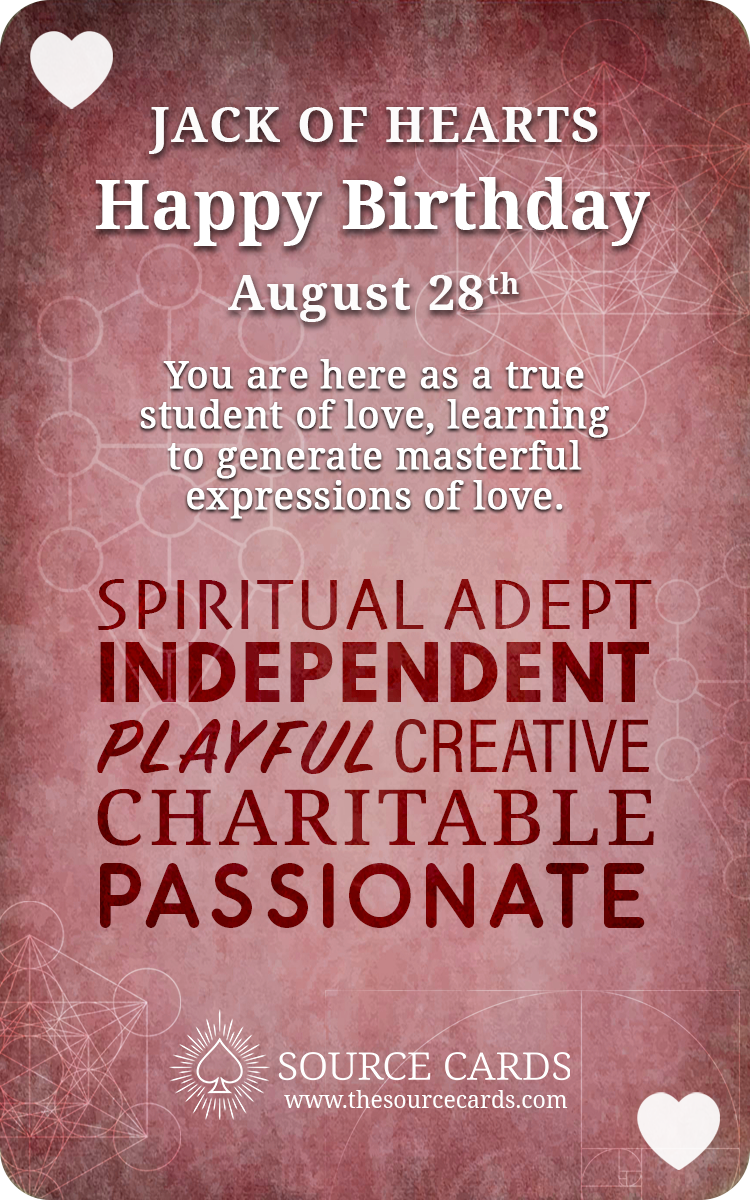 All of these people share your cards to play. Like you, they were born to play the Jack of Hearts overlaid with a 9 of Clubs personality. 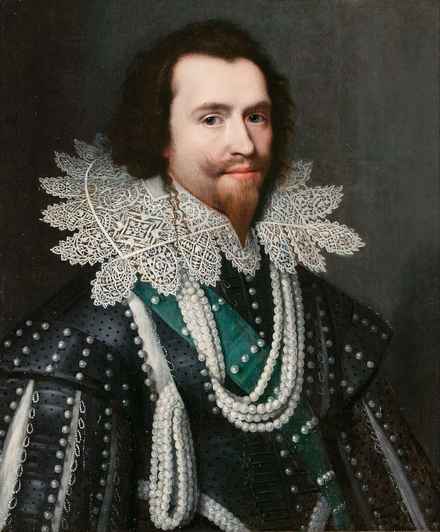 1st Duke of Buckingham who became the favorite of King James I of England and very likely his lover; he was proclaimed to be "the handsomest-bodied man in all of England;" upon James' death he became increasingly unpopular at court and was regarded as extravagant; his various naval campaigns were unsuccessful; and his efforts to fight the French Protestant Huguenots especially enraged Protestant England; he was assassinated in 1628 by a disgruntled army officer who was proclaimed a hero 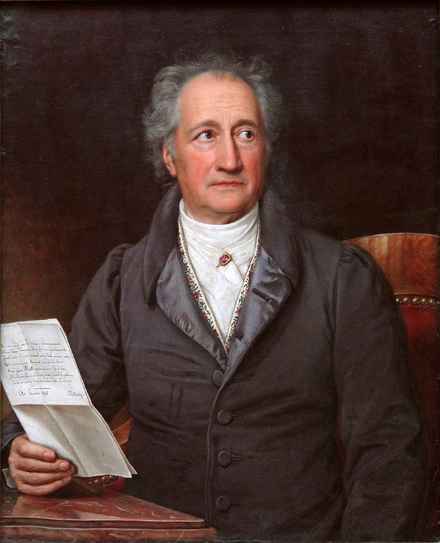 Considered the greatest German literary figure of the modern era, he was a literary celebrity by the age of 25; he also published drawings and treatises on natural science; his popularity led to various political appointments and he sat on the war and highway commissions, oversaw the reopening of silver mines, and implemented a series of administrative reforms, and also contributed to the planning of Weimar's botanical park; of his sexual inclinations, he wrote that as an adult: "I like boys a lot, but the girls are even nicer. If I tire of her as a girl, she'll play the boy for me as well"

1st American-born saint to be canonized by the Roman Catholic Church; she was a high-society woman who was charming and well-cultured; but after her husband's death and as a way to provide an income for herself, she established the first catholic school for girls; she also founded the Sisters of Charity which was devoted to helping the children of the poor; in leading her religious order however, she struggled with interpersonal conflicts inside the order

American super-hero creator; as a comic book writer, during WW II, he co-created Captain America as a patriotic super-soldier; later, with another writing partner, he created such characters as the Hulk, the Fantastic Four and the X-Men; he proposed to his wife on her 18th birthday and the two remained married for the rest of his life, until he died of heart-failure at age 76

American baseball umpire who had a long and successful career but is famous only because of a horribly blown call at first base in Game 6 of the 1985 World Series that became known in baseball lore as simply "The Call;" following the World Series, he received death threats; eventually it died down and much later, he appeared at baseball memorabilia shows to autograph photographs depicting "The Call;" he admitted that he even owns a painting featuring himself and the players involved in the play, claiming that he keeps it to remind himself that "no one is perfect and everyone makes mistakes"

Chinese artist and activist considered by many to be the world's greatest living artists; he has frequently triggered various forms of repression from Chinese authorities through his provocative artworks and political outspokenness; he encapsulates political conviction and his personal poetry in his many sculptures, photographs and public works

"The Queen of Country Pop" was born as Eilleen Regina Edwards; she is one of the most commercially successful artists of all time, having sold over 85 million albums and has received 5 Grammy awards; in 2004, she retired from performing due to a weakening singing voice; she is a vegetarian and a devotee of Sant Mat, which is an esoteric religious organization that focuses on the "science of the soul"

Chief Operating Officer of Facebook since 2008; prior to this she worked for Google, becoming its Vice President of Online Sales developing AdSense and AdWords, greatly increasing profitability at the company; at Facebook, she was also able to develop a successful advertising strategy; in 2013 she published the book Lean In: Women, Work, and the Will to Lead and founded Lean In, an organization that advocates for women in business 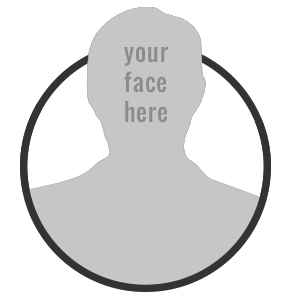