The 10 of Spades is the primary pattern of your life. It is like your Avatar. It's your entrance token to the game of your life.

The 5 of Spades is the secondary pattern of your life. It reflects your outward personality and may rule your behavior. 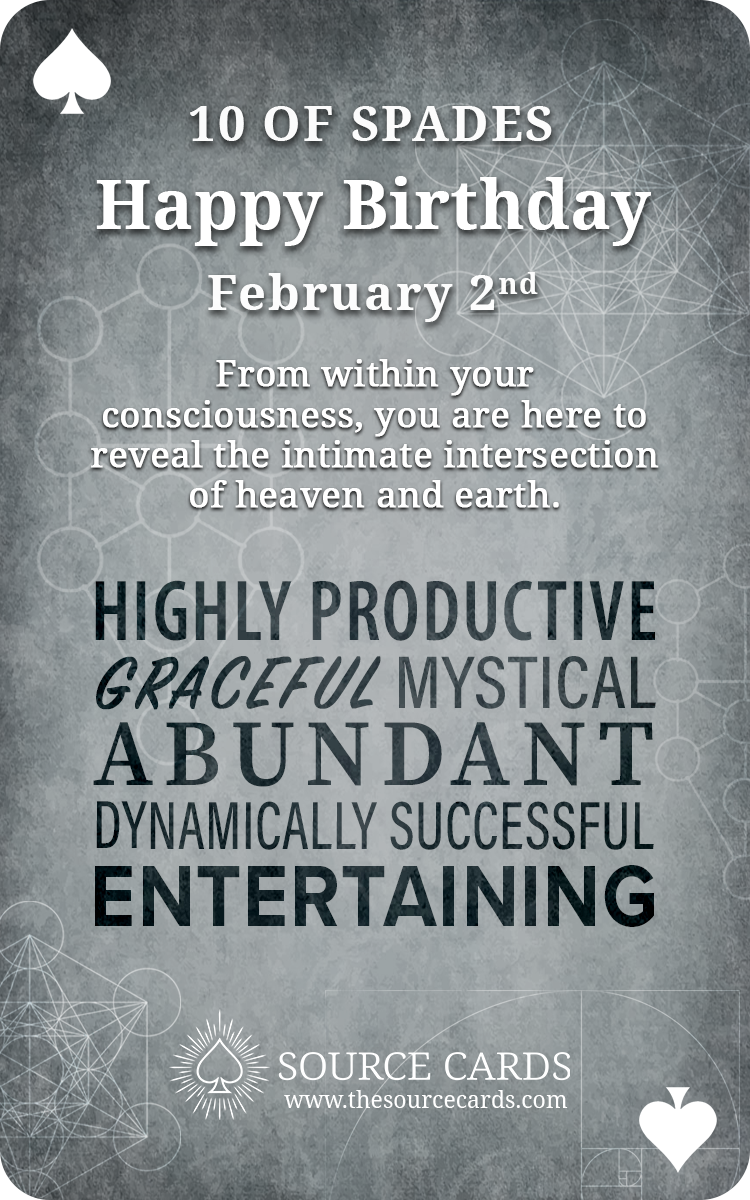 All of these people share your cards to play. Like you, they were born to play the 10 of Spades overlaid with a 5 of Spades personality.

French politician, who was Napoleon's chief diplomat during his conquest of Europe; his name has since become a metaphor for a particularly resourceful and masterful statesman

Irish novelist who's book Ulysses is often counted as the most important work of literature in the 20th century and for whom many fans now celebrate a holiday each year on June 16 called Bloomsday, named after the main character of the book

Better known by her pen name Ayn Rand; a Russian-born writer, she developed her own philosophical system called objectivism, which she defined as "the concept of man as a heroic being, with his own happiness as the moral purpose of his life, with productive achievement as his noblest activity, and reason as his only absolute"; she rejected faith and religion and advocated for ethical egoism as the only normative framework for human action; commenting on the history of philosophy, she declared that the only philosophers worth reading were the three A’s: Aristotle, Aquinas, and Ayn

Actress; one of the original cast members of "Charlie's Angels"

Columbian pop star, who has risen to the elite level of one name celebrity status